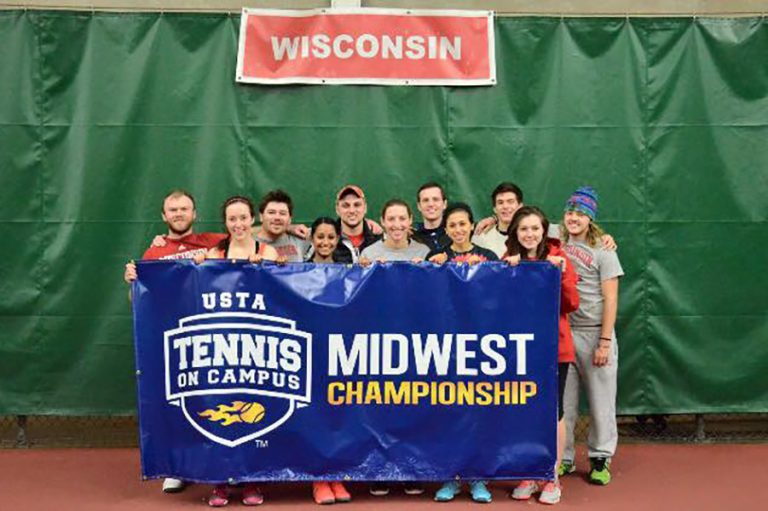 Tennis is a game played with rackets and a light ball by two players or two pairs of players on a rectangular court, as of grass, clay, or asphalt, divided by a net. Tennis is an extremely popular sport which has just been accepted as an official club on the campus. The UW Tennis Club is for any interested student who has played or would like to learn the sport of tennis. We have two different levels both recreational and travel. We practice two days per week and play in tournaments at least once a month against teams throughout the country. The team is already ranked in the top 10 in the nation and looks forward to much greater success in the future.