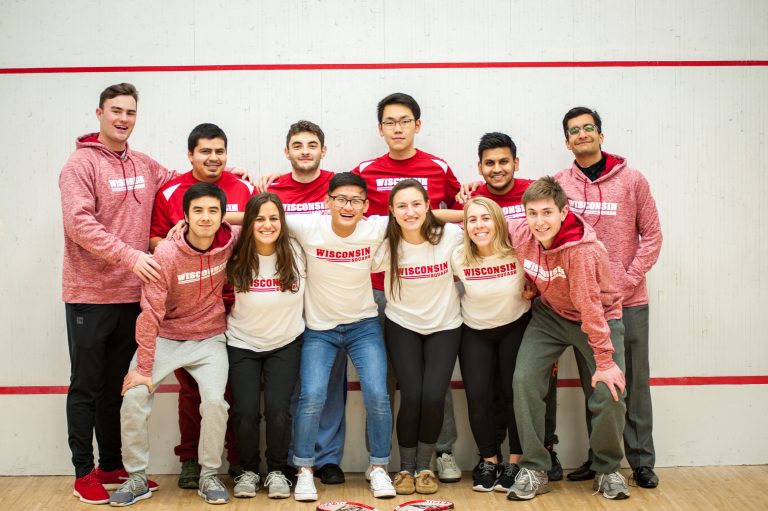 The Wisconsin Squash Club is a relatively new organization on campus that began as a student organization in the fall of 2017 and was recently inducted as an official sport club. We have weekly practices off campus at the Madison Squash Workshop, one of the premier squash facilities in the state. We compete about once a month against other emerging teams in the Midwest regions in both multi-team tournaments and single matches, culminating in the National Team Championships mid-February on the East Coast. This is an awesome team if you are looking for competition at all skill levels and want to stay active during the Wisconsin weather – snow, rain, or shine!